THE PLANET OF TREES Three things cannot be long hidden: the Sun, the Moon, and the Truth. SIDDARTHA 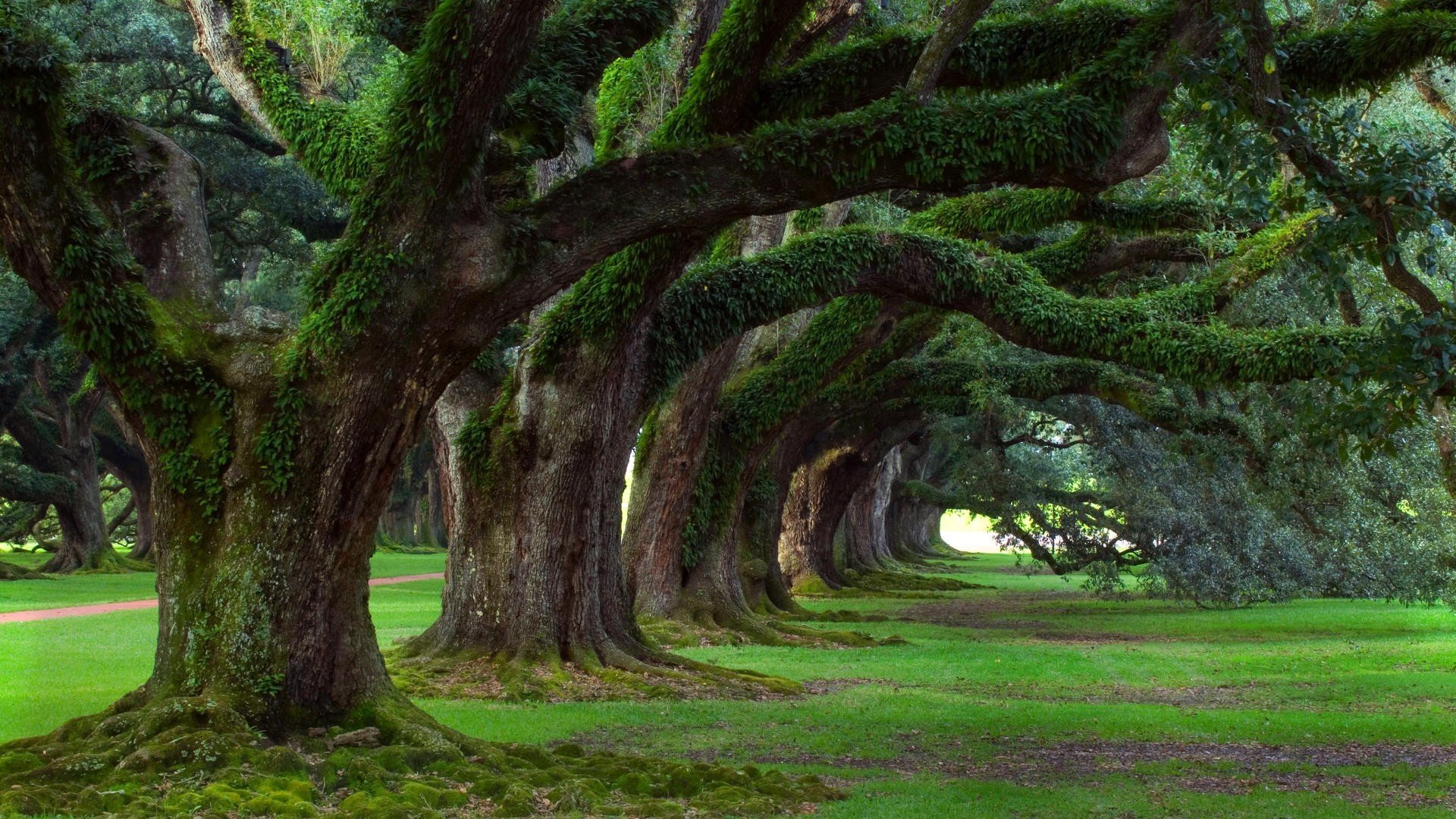 FROM THE LAW OF ONE

The second density is the density of the higher plant life and animal life which exists without the upward drive towards the infinite. These second-density beings are of an octave of consciousness just as you find various orientations of consciousness among the conscious entities of your vibration.

"Senior scientists would be the first to agree that there is no such thing as an absolute scientific explanation of anything. Science is, rather, a method or tool of prediction, relating one or more observations to each other. In physics, this is usually done through the language of mathematics. Our scientific learning is a learning by observation and analysis of this observation. In the sense of penetrating the fundamental essences of things, we really do not understand anything at all. To a person unfamiliar with the inner workings of modern science, it may seem that modern man has his environment nicely under control and totally figured out. Nothing could be further from the truth. The leaders of science who are researching the frontiers of modern theory argue among themselves continually."

The current foundation, understanding, belief of science was established in 1650 with the mission of science, as proposed by Francis Bacon “To obtain knowledge that can be used to dominate and control Nature.”

At Celestine, the mission: Nature circa 400.

Provided are a few landmark discoveries which show the evidence of Energy confirming the belief, the understanding behind the past 400 years of science and society is flawed.

This includes the concepts of newtonian physics which assumes a material universe that is only physical with no underlying Energy along with this assumption being the basis for biological processes within the human anatomy, darwinism which assumes survival of the fittest with random evolution and genetic determinism, also referred to as central dogma, being the mechanism for all life and imaginary euclidean space which assumes space as flat, uncurved and 2 dimensional, as this was the assumption to allow for measurement, which science, mathematics, education and society is built upon.

Our influence via Energy was discovered in 1803 with the double slit experiment proves that we are directly able to influence the world with our consciousness and as such have the ability to create outcomes as in this experiment the outcome of the experiment was dependant upon whether their was an observer which influenced the result of either a potential of Energy in waves with no observer or the manifestation of Energy in particles with an observer. And so every single science experiment using the scientific method with the assumption that variables can be controlled is false as the scientists' consciousness has always been influencing the outcome.

Our connection via Energy was discovered in 1997 with the twin photon experiment proves at the smallest level of physical matter, the photon, which was described as Kalapas in Buddhism, that we are energetically connected and their is no empty space between physical matter, thus the concept of time and space is irrelevant which has been a core premise of classical, newtonian physics: as in this experiment one photon was split into two and when changes were made to one, the other photon simultaneously experienced the change due to the energetic link between the particles, known as quantum entanglement. The changes occured simultaneously because of the holographic principle of the Universe as in a hologram, a change in one aspect perpetuates change in all.

Our manifestation via Energy was discovered in 1975 with fractals proves the manifestation of Energy in self-similar patterns. The human anatomy is a combination of various fractals, such as the branching pattern of human nerves which are the same as Trees, spiral pattern of DNA and galaxies, vortex pattern of blood circulation, labyrinth pattern of the human brain, phyllotaxis pattern of the pineal gland, tetrahedron pattern of water as only a few examples. Fractals are the underlying mechanism behind connecting with Energy enabling Existence. Fractals prove the premise of euclidean space for linear measurement, which requires smoothness is false as nothing in Nature is smooth and nothing in Nature can be measured as Nature is non-linear: jagged, wrinkled and irregular.

Our manifestation via Energy also disproves genetic determinism, as with this notion the assumption was our genes solely control the character of human life as shown by the failure of the human genome project led by the pharmaceutical industry which was paid by public tax dollars, also a major constituent of the societal matrix.

The conclusion has been validated with epigenetics, that the environment, which is our perception, via the cell membrane controls the expression of our genes and thus our character. The environment that the cells use to grow for all species is Energy as the one cell you were didn't obtain the information to form fifty trillion cells from within the genes, as the human cell, which is 99.5% structured water, behaves just as an antenna via the cell membrane which interfaces with vibration frequency which is Energy, as occurs in cymatics. Since our perception has been manipulated by the societal matrix, we are unable to engage with Energy for the continued natural growth of our cells.

These are only a few of the scientific discoveries that haven't been communicated to the world as it allows for the continuation of manipulation, control and unabated destruction of Nature as it makes newtonian and darwinistic theory inaccurate and invalid which is core to the societal matrix and as Energy erases their Existence.

As such, the scientific understanding, the belief, for the past four centuries as the rule of Nature being one of competition, conflict, conquer, struggle and as the Universe being sterile and dead based on newtonian and darwinistic ideas is false and has been the basis for current society which includes the foundations of the corporate, economic, geo-political and medical systems as well as the origin of the societal matrix and sixth mass extinction.

Truth is we are one with Nature with the rule being mutualism, a symbiosis relationship: just as lichen, a combination of fungus and algae.

Attention, Reverence, Gratitude, Harmony, Love, Compassion, Cooperation and Mutual Aid with indigenous wisdom stating this combination as Agape, Qalb in Arabic: is the requirement for humans to engage with Nature, with Energy in our symbiotic relationship as Nature, just as the human via thought and emotion is emitting vibrational frequency which we can leverage as Energy is interactive creating constructive interference or quantum entanglement between energetic entities. As an example, when two individuals who both are joyful interact with one another, both are able to enhance their Energy resulting in a higher joyful state compared to being independent, often referred to as "good vibes", the same enhancement occurs when engaging Nature.

Agape, Qalb elicits the 40,000 neurons in the heart which allow you to interface with Energy, with the Divine Matrix via heart brain coherence and the unifying brain wave, which is harmonious rhythm between heart and brain to achieve Ascended Consciousness allowing for the profound benefits to Existence. Only through our change in attention, focus, effort and time to Nature from the societal matrix which just as life, has relegated our relationship with Nature as a commodity, can this be achieved. Truth is our of perception of Nature determines our level of connection with Energy.

The beauty of Nature is a gauge as to how we are perceiving Energy. Thus, if we don't perceive the beauty in Nature than being able to understand, develop or integrate Energy into life is impossible as Nature is required to initiate and sustain our energy system. As Human and Nature are both manifestation of Energy in Fractals along with our connection through the Divine Matrix, we can absorb and leverage the Energy of Nature through our change in perception from the societal matrix to the beauty of Nature which initiates the physiological processes for the cells.

Some examples of attention and perception for beauty/energy of Nature include whether we are able to immerse the senses when witnessing the Sun ascend or descend, being able intently listen to the waves of water or whether we can observe the fractal patterns within the leaves of Trees.

Science only works when in harmony with Nature and only now is catching up to what has been known for millenia by ancient and indigenous wisdom as this Truth was the reason for the first human to human atrocity in the current era where europeans slaughtered 40 million indigineous peoples as they felt a threat to their agenda of economic expansion.

Although science will continue to provide insight, a distinction must be made that science has limitations and can't be relied upon as the sole determiner of whether a specific facet of this Universe is Truth and is not required to leverage Universe principles to our life because as is shown with the double slit experiment, we are participators in the manifestation of matter and are not seperate from this Universe which has been the crux assumption with all of science. At one point science wasn't in Existence yet Energy was, is and will always be Existence with those who have understood, developed and integrated this Truth.

The articles below speak to the beginning revolution of the importance and validation of Nature to our life and the consequences of technology and urbanization. 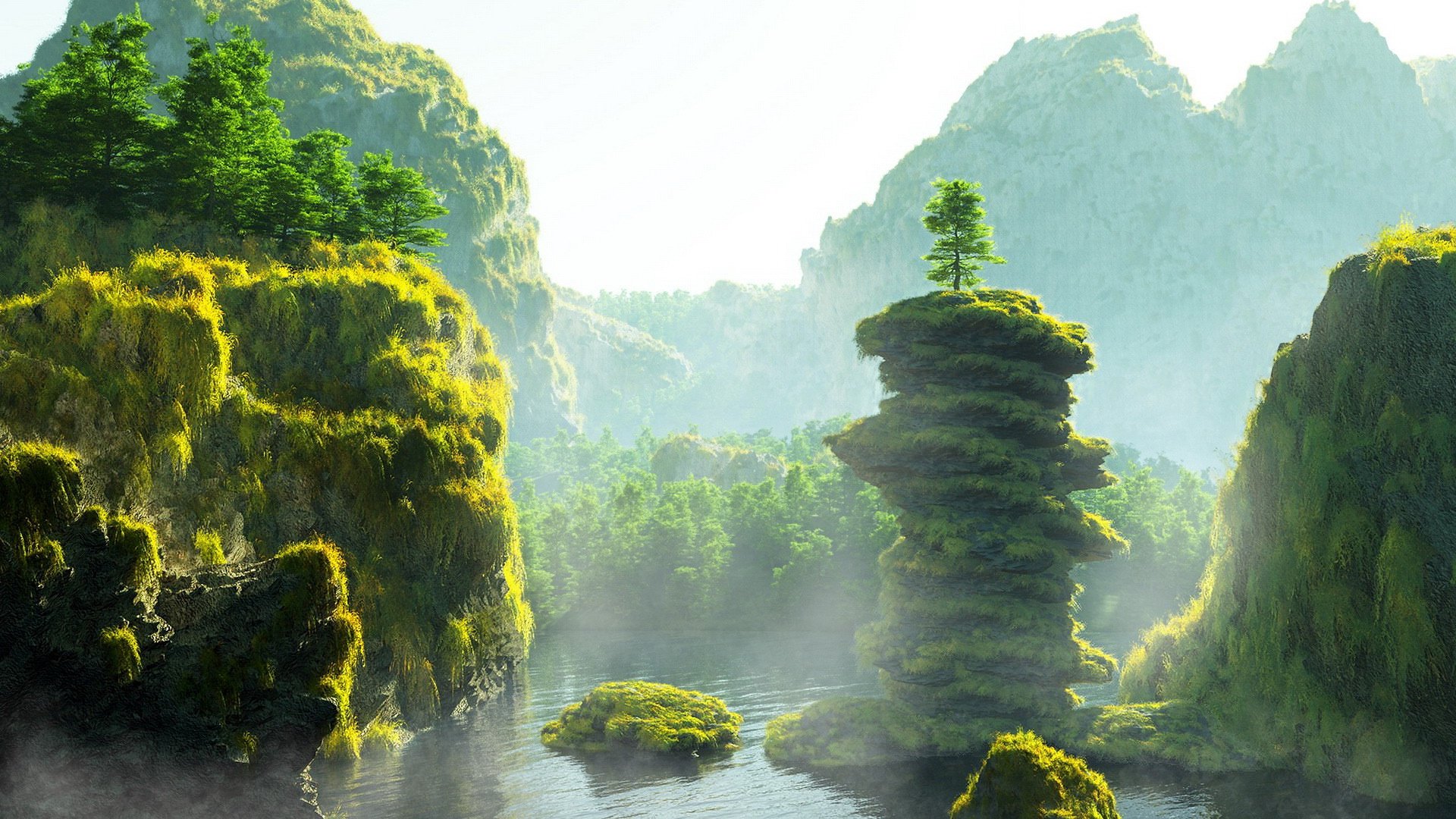 World Economic Forum: This is how distance from nature is affecting our health

Fisher Titus: The affects of technology on mental health 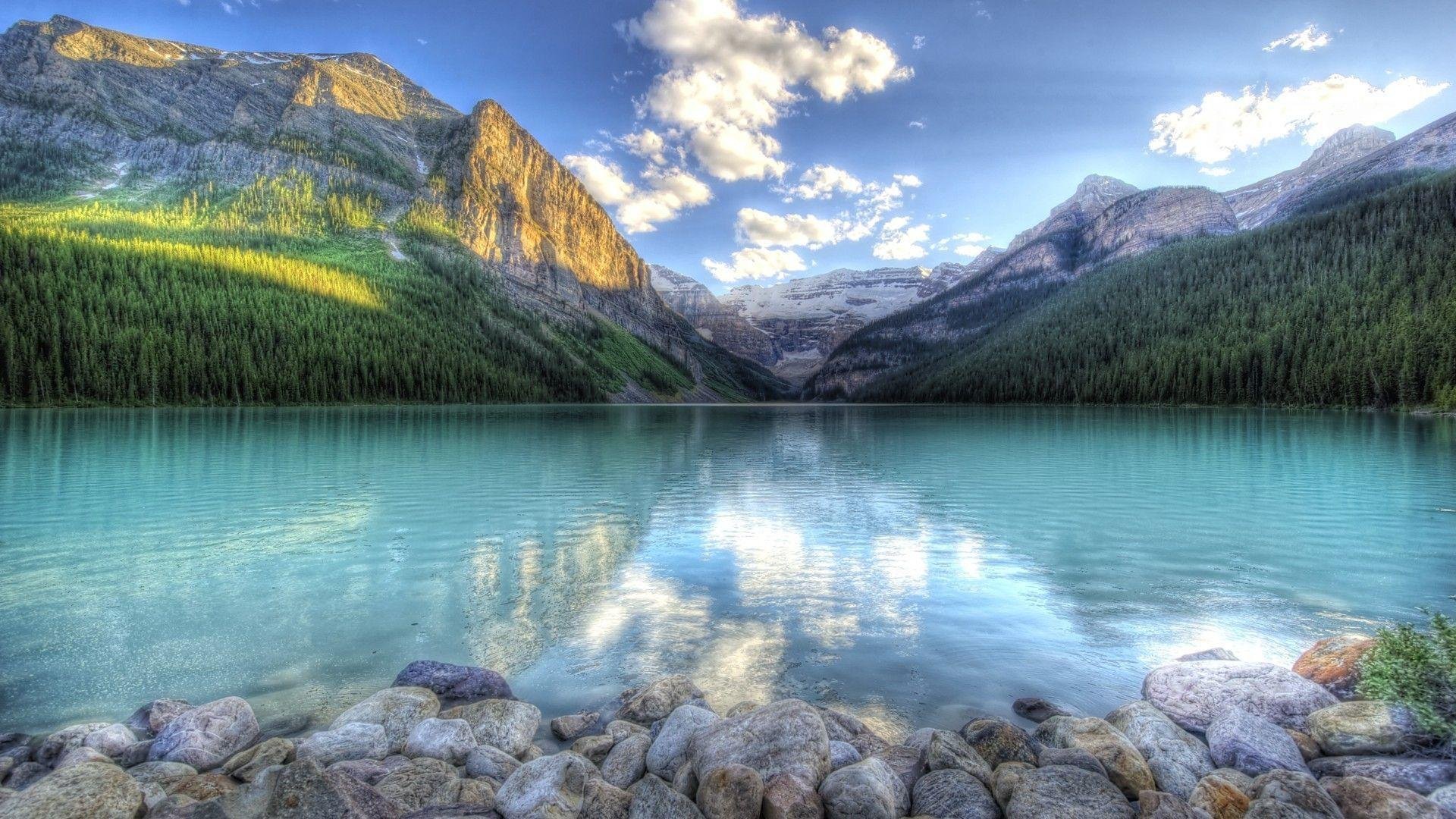 Public Resource Bureau: Urbanization: A force to be reckoned with

OncoTarget: Health effects of a forest environment on natural killer cells in humans 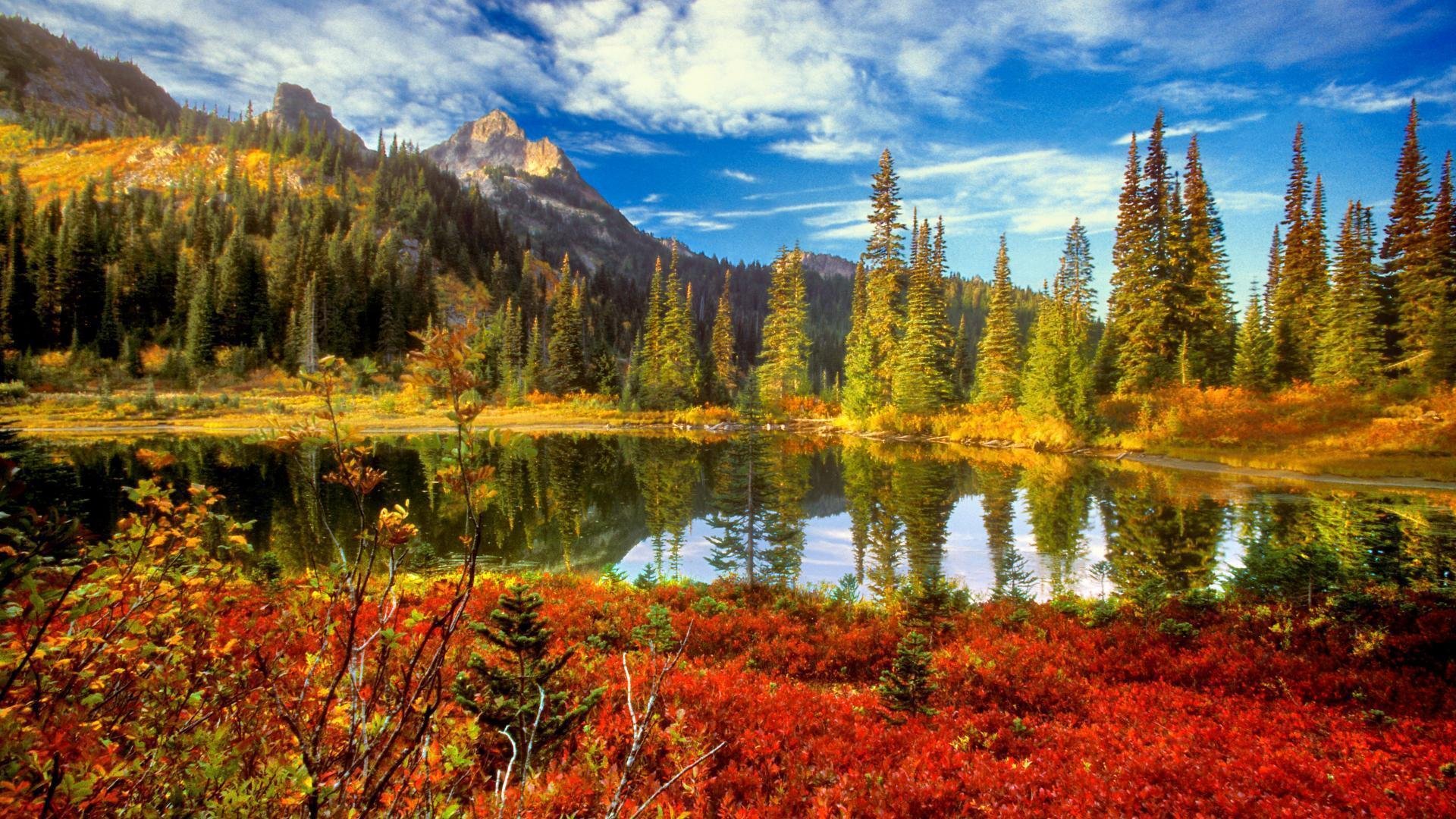 Quartz: Japanese “forest medicine” is the science of using nature to heal yourself—wherever you are

Guardian Newspaper: What is 'forest bathing' - and can it make you healthier

Business Insider: 11 scientific reasons you should be spending more time outside 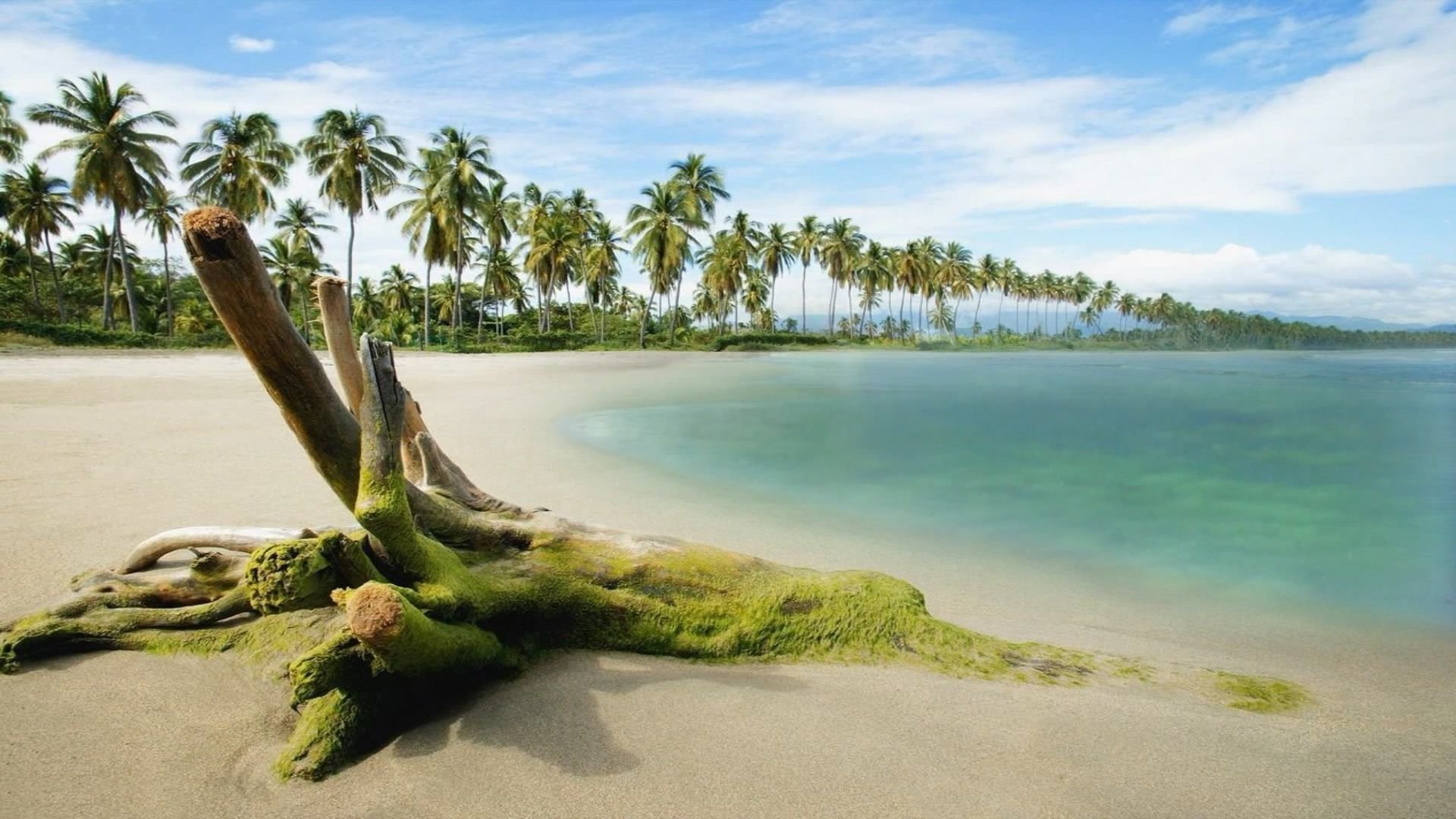 Ecotherapy: The health benefits of nature 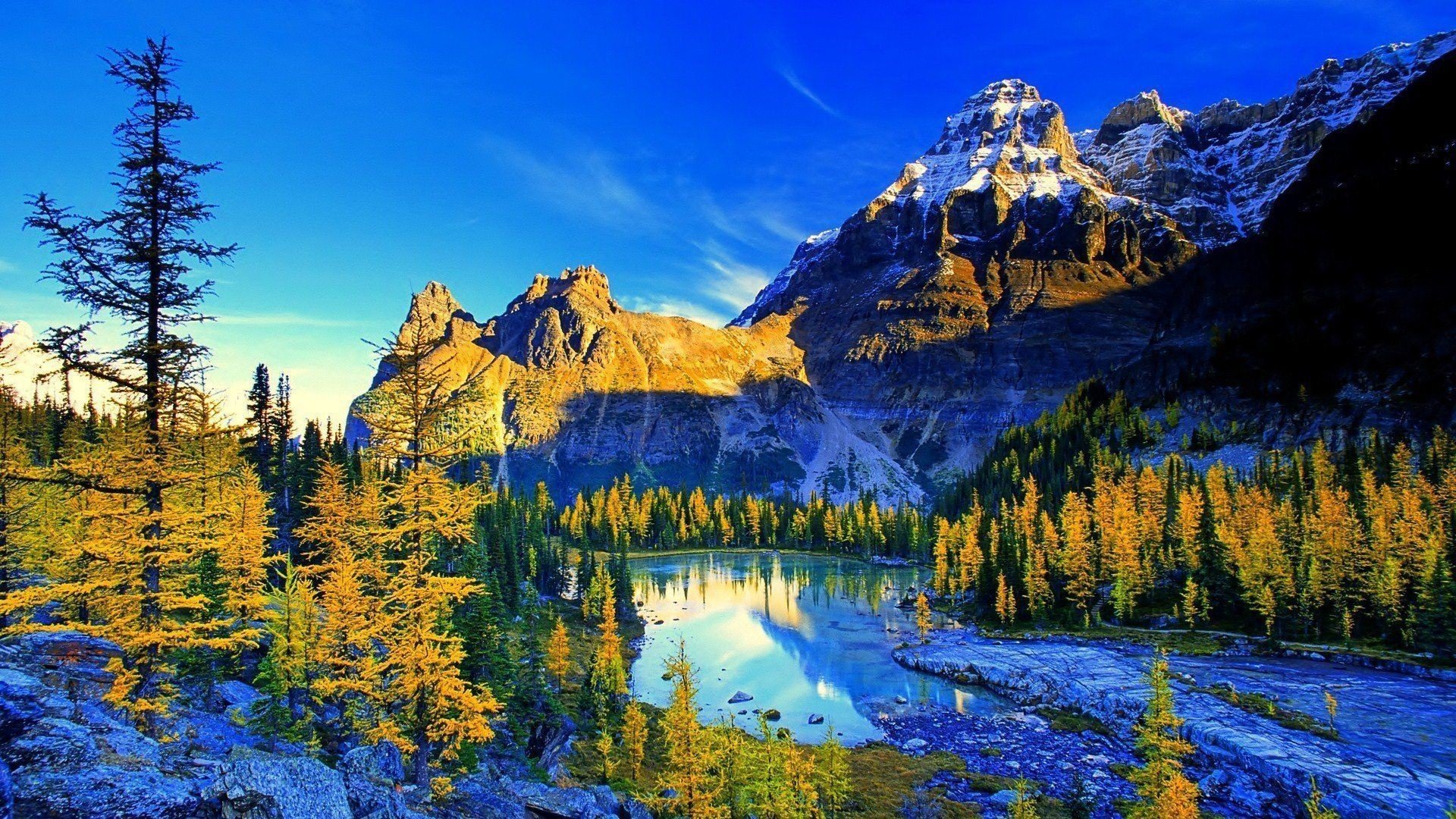